Impressive Orthognathic Surgery Correction of a Patient With a Pituitary Tumor


Pituitary tumors can cause widespread effects on our bodies because the pituitary gland secretes a total of nine hormones and is vital for homeostasis. Human growth hormone (HGH) is often one of the hormones that starts to increase when a tumor of the pituitary gland is present and the increased production of HGH can lead to dramatic changes in the body, even in adults.

The following patient presented to Avery Orthodontics after referral from the Oral Surgery Department at the University of Texas Health Science Center San Antonio. She was 28 years old and had a benign pituitary tumor removed about 6 months earlier. The goal of the surgery department was to repair the effects that the acromegaly had, namely macroglossia and prognathism (protrusion of the lower jaw). As you can see in the initial photos below, the effects of the tumor on the bite and jaw structures was dramatic: 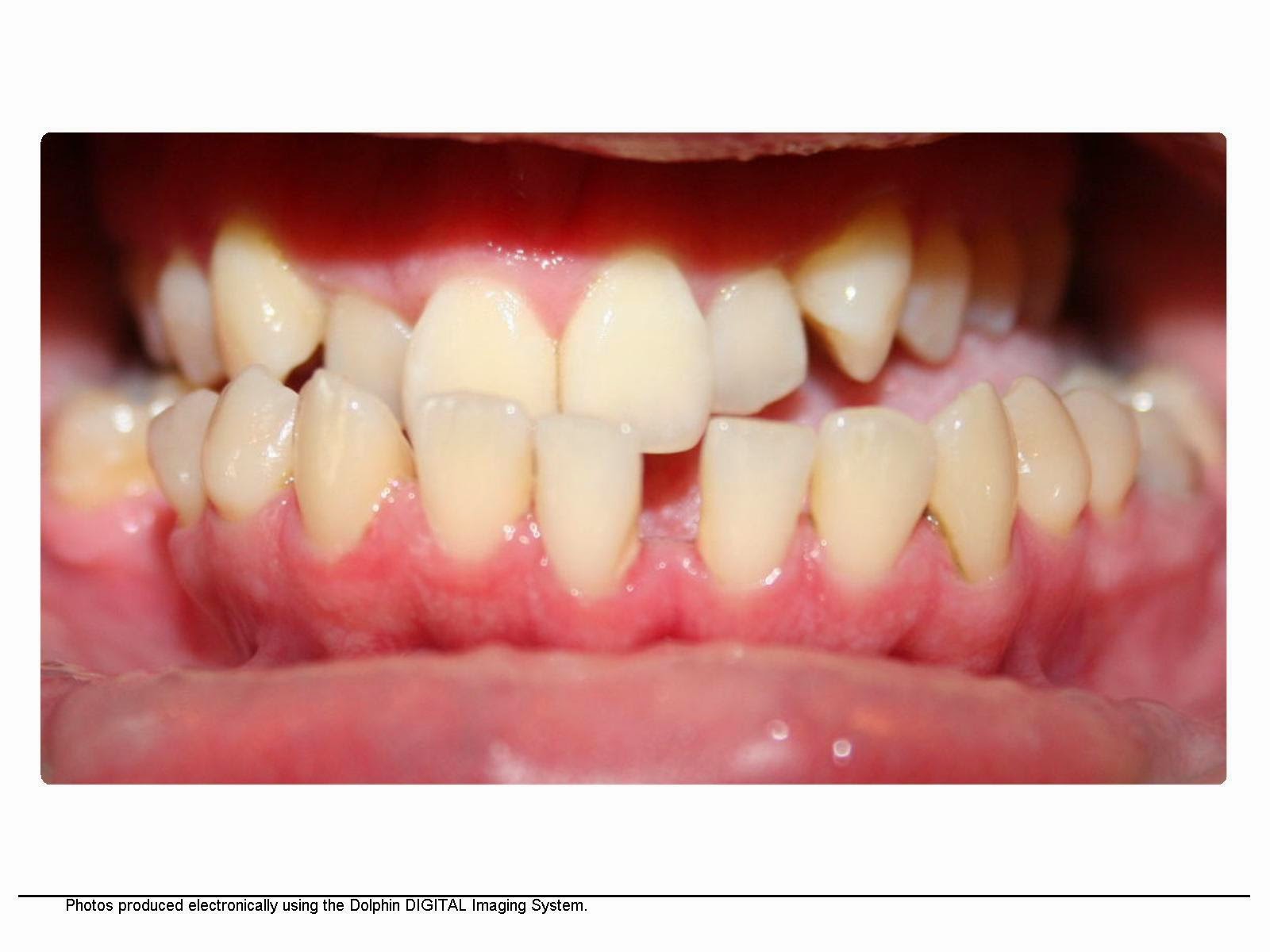 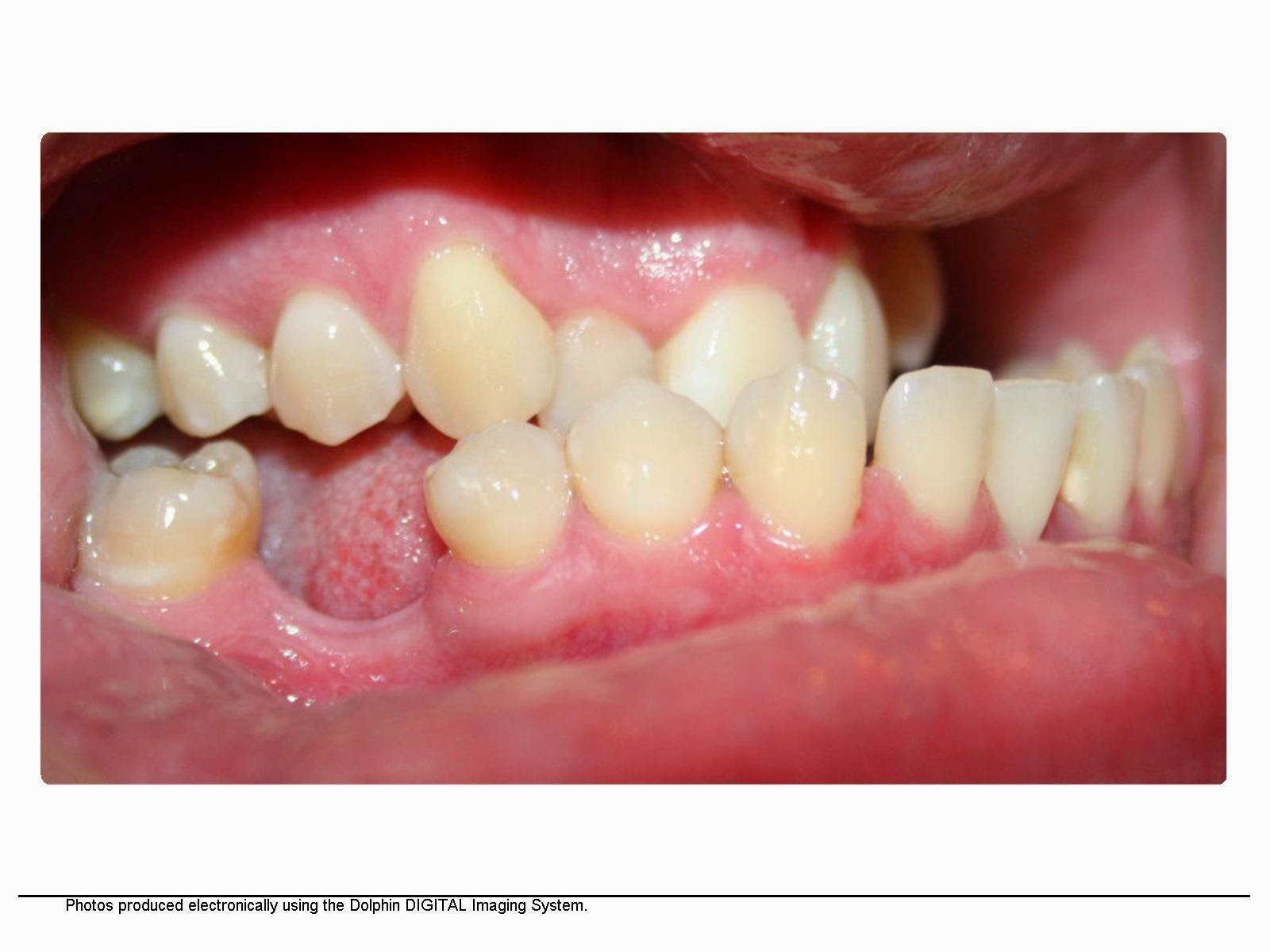 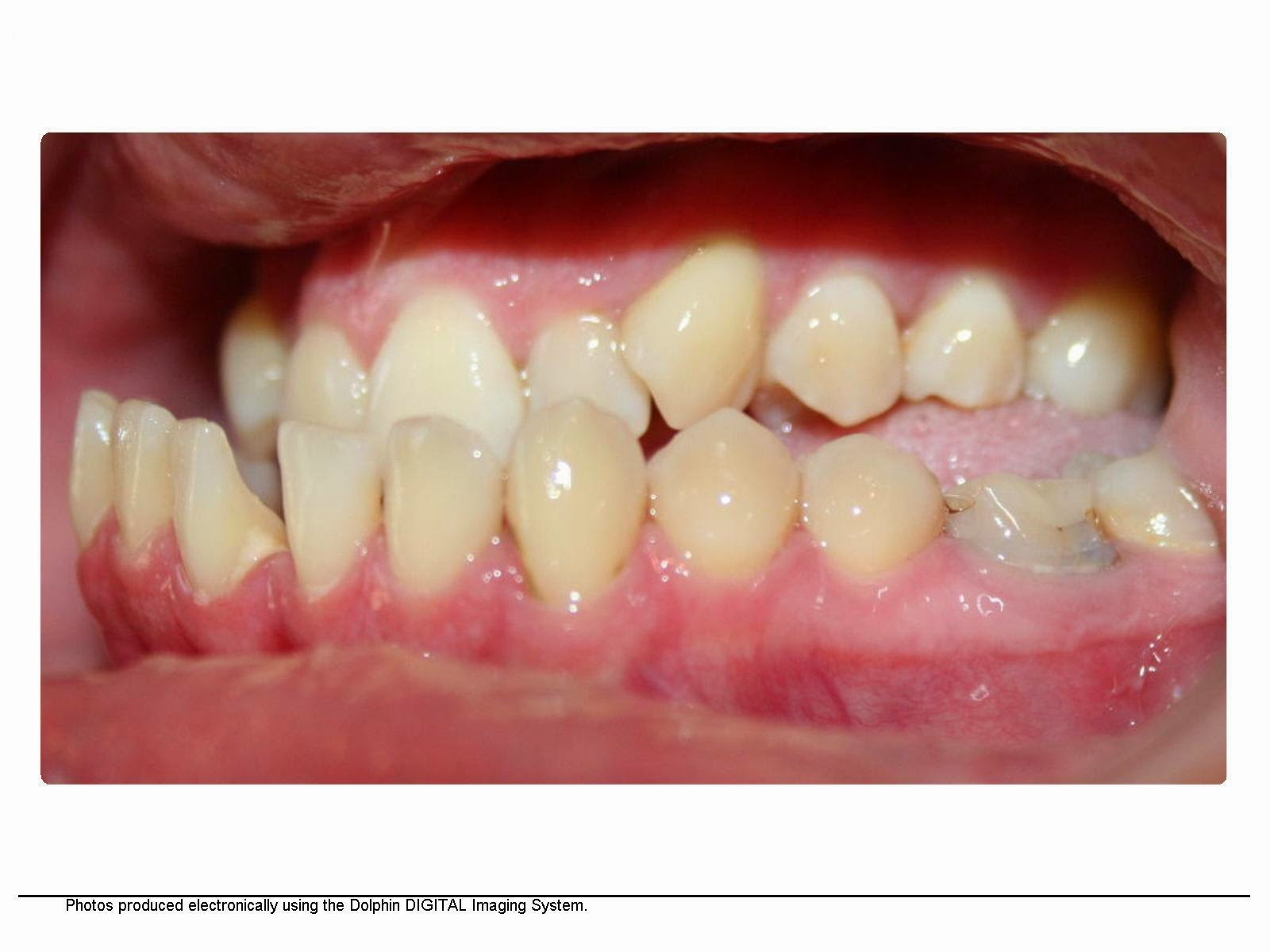 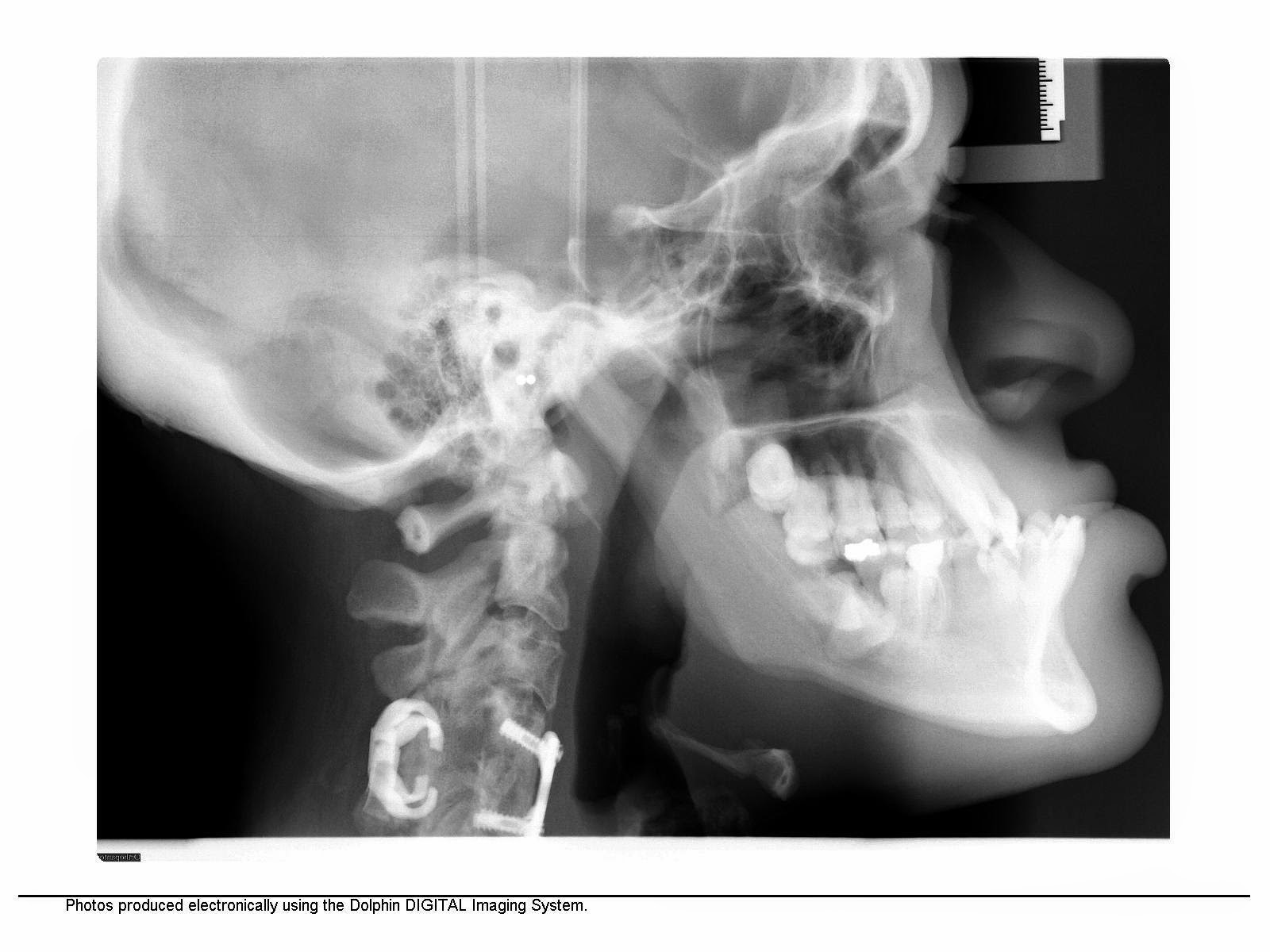 My job as the orthodontist was to align the teeth, close excess spacing and level the arches so that the surgical team could then have an upper arch and a lower arch that matched nicely when they move the underlying jaw bones during the surgery. Full upper and lower braces were placed and in a little over a year, she was ready for her surgery. Her hormone levels were continuously checked after the removal of the tumor as we would not have wanted to perform the jaw surgery until we were certain that hormone levels were normal and stable again.

The following photo shows our progress prior to surgery: 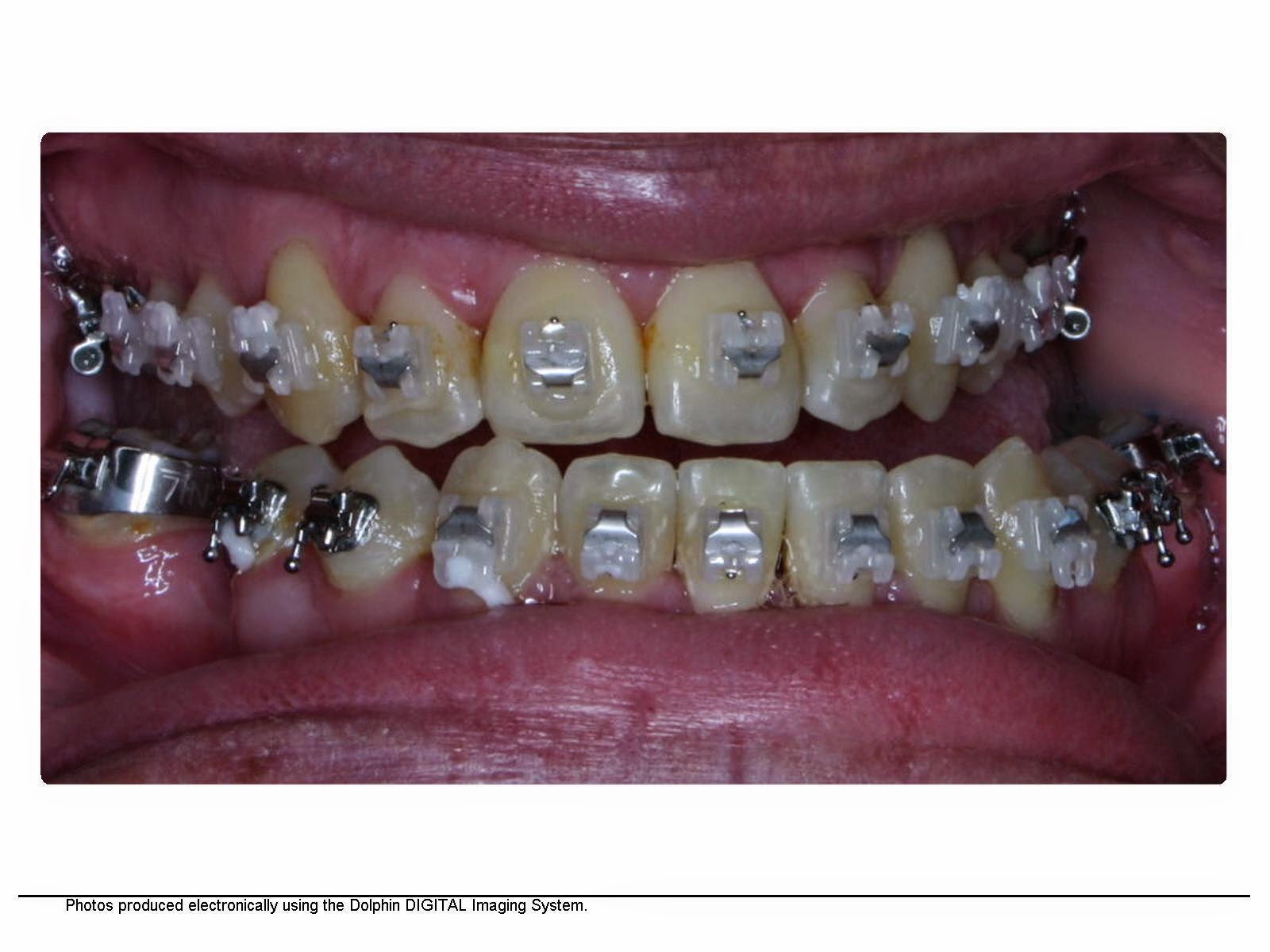 Dr. Daniel Perez (Department of Oral Surgery, University of Texas Health Science Center San Antonio) and his surgical team were tasked with quite a challenge as the distance of the surgical moves in this case were larger than usual. The summarized surgical plan was to set the mandible (lower jaw) back while also attempting to correct the asymmetry present with a little more of a set back on the right than the left sides. The maxilla (upper jaw) meanwhile would need to be widened and brought forward the necessary distance to end up with the teeth in the proper bite position while trying to improve facial balance and esthetics as much as possible. Finally, the tongue would need to be reduced (glossectomy) due to the macroglossia that had occurred.

The resulting surgery was one of the finest orthognathic surgeries I have ever seen performed. When the patient returned to us, it was a simple matter to finish out the detailing of her bite and putting the teeth into their final positions. The post-surgical phase of orthodontics usually takes from 6-12 months and is shorter if the bite is already in great position following surgery, requiring less detailing on the orthodontist's part. It is with great admiration for Dr. Perez and his team in San Antonio that I present the final photos. As you can see, we have an almost ideal bite at the finish. I did not include facial photos for patient privacy, but needless to say the improvement in facial symmetry and balance were also dramatic. The missing lower molars are planned to be replaced with either bridges or dental implants in the future. She will always be one of my favorite patients due to the way she bravely handled all the difficult medical challenges she faced and I cannot be prouder that we were able to erase the effects of the pituitary tumor and get her confident and smiling once again. 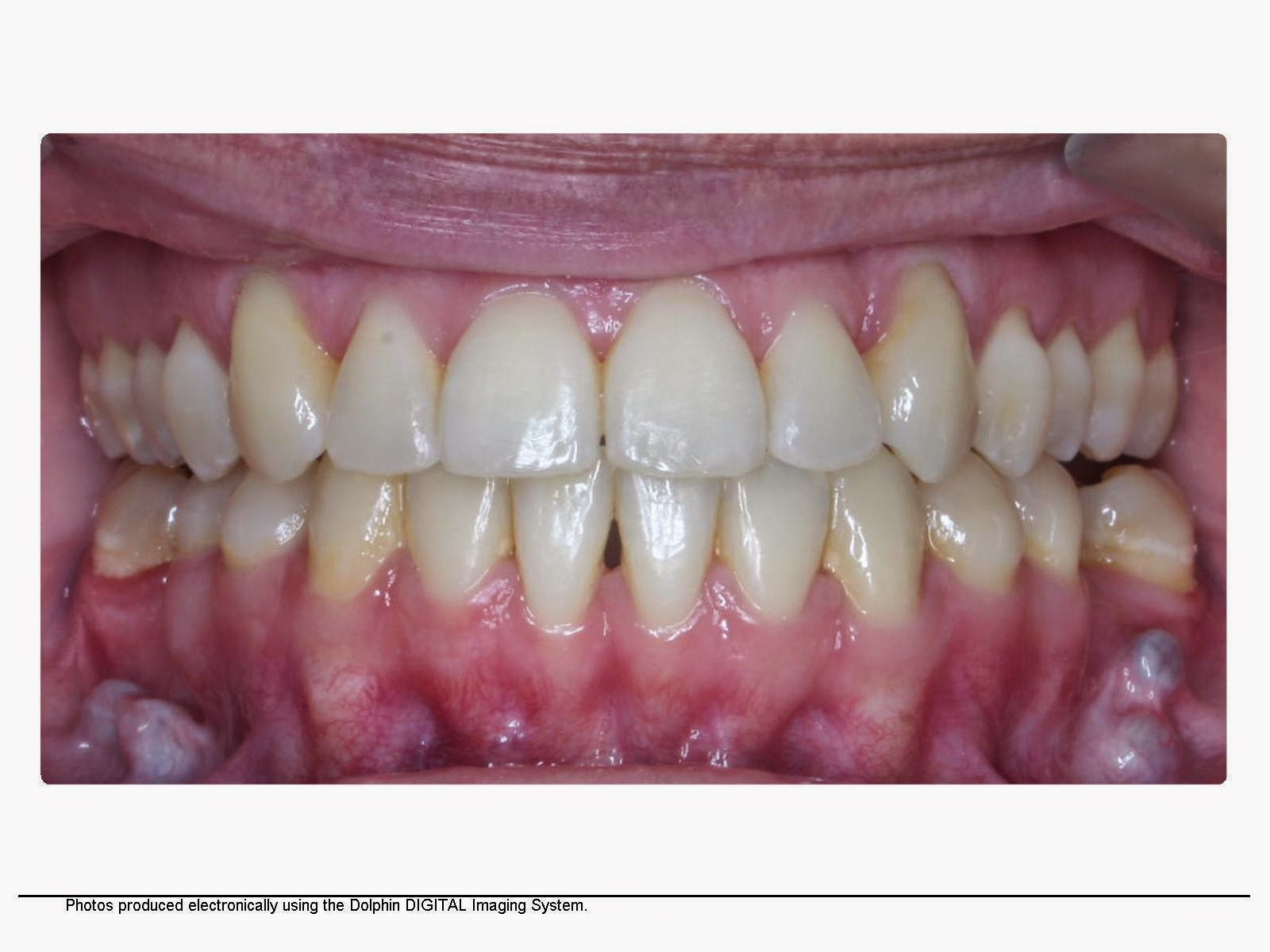 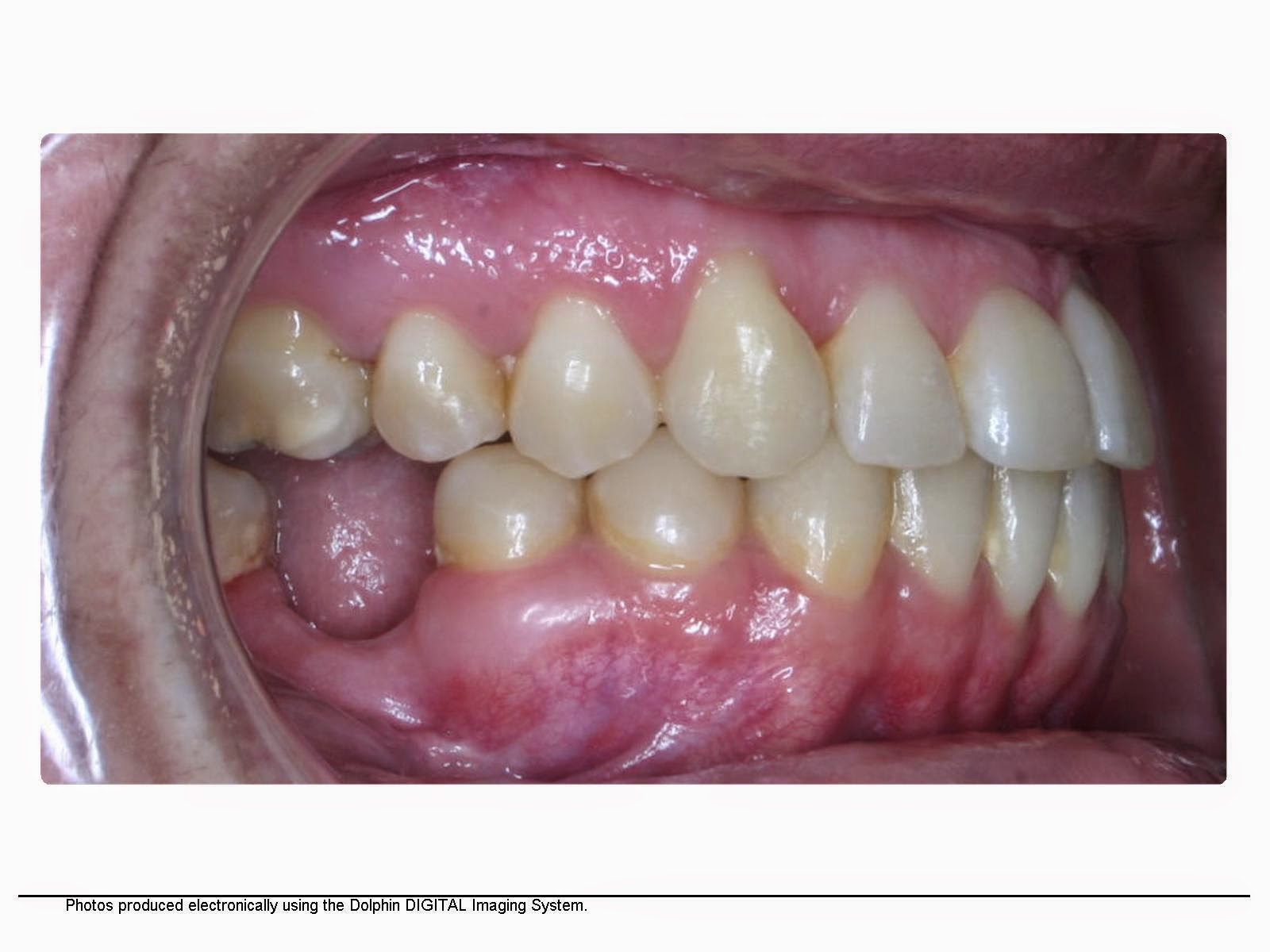 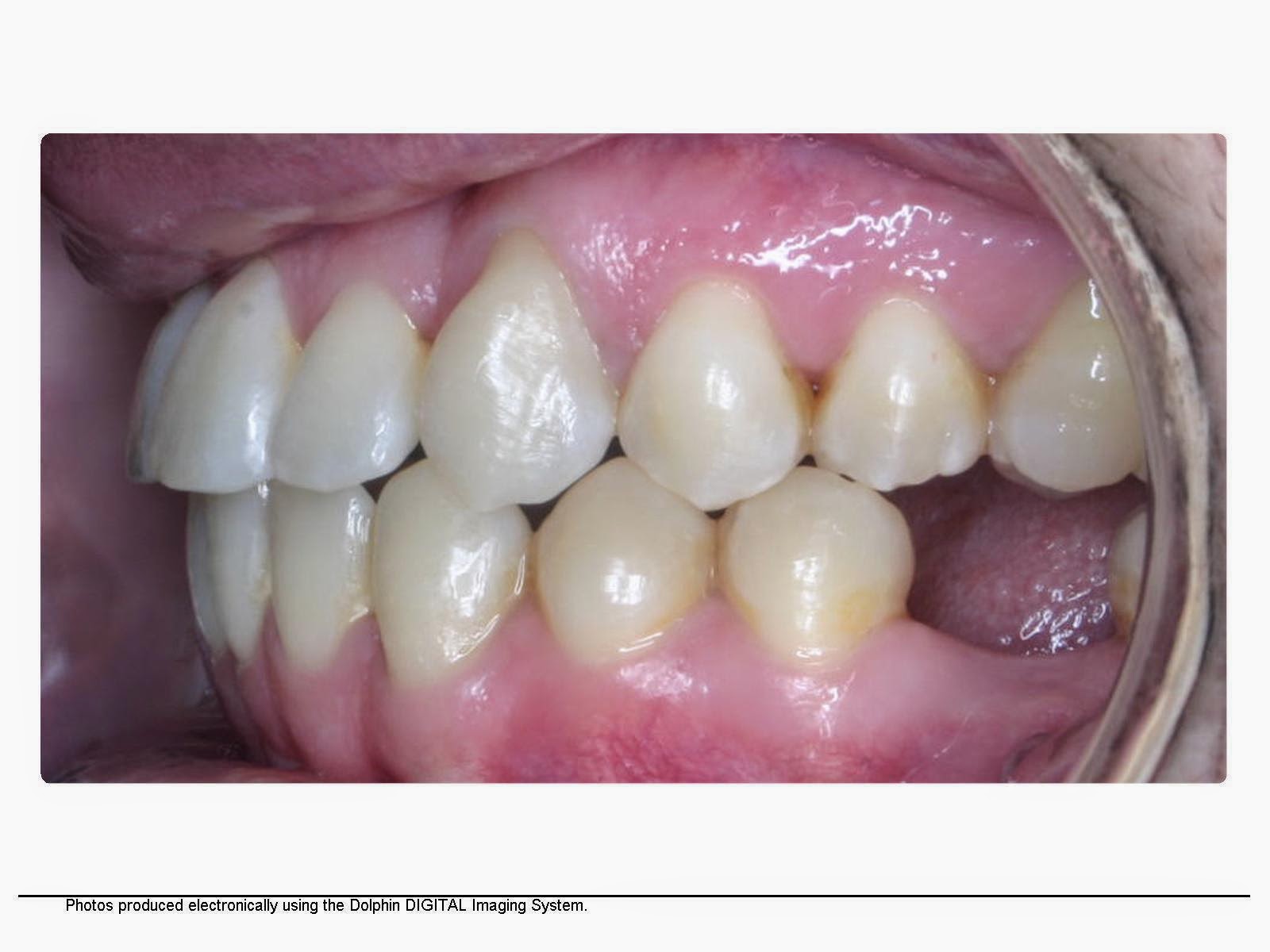 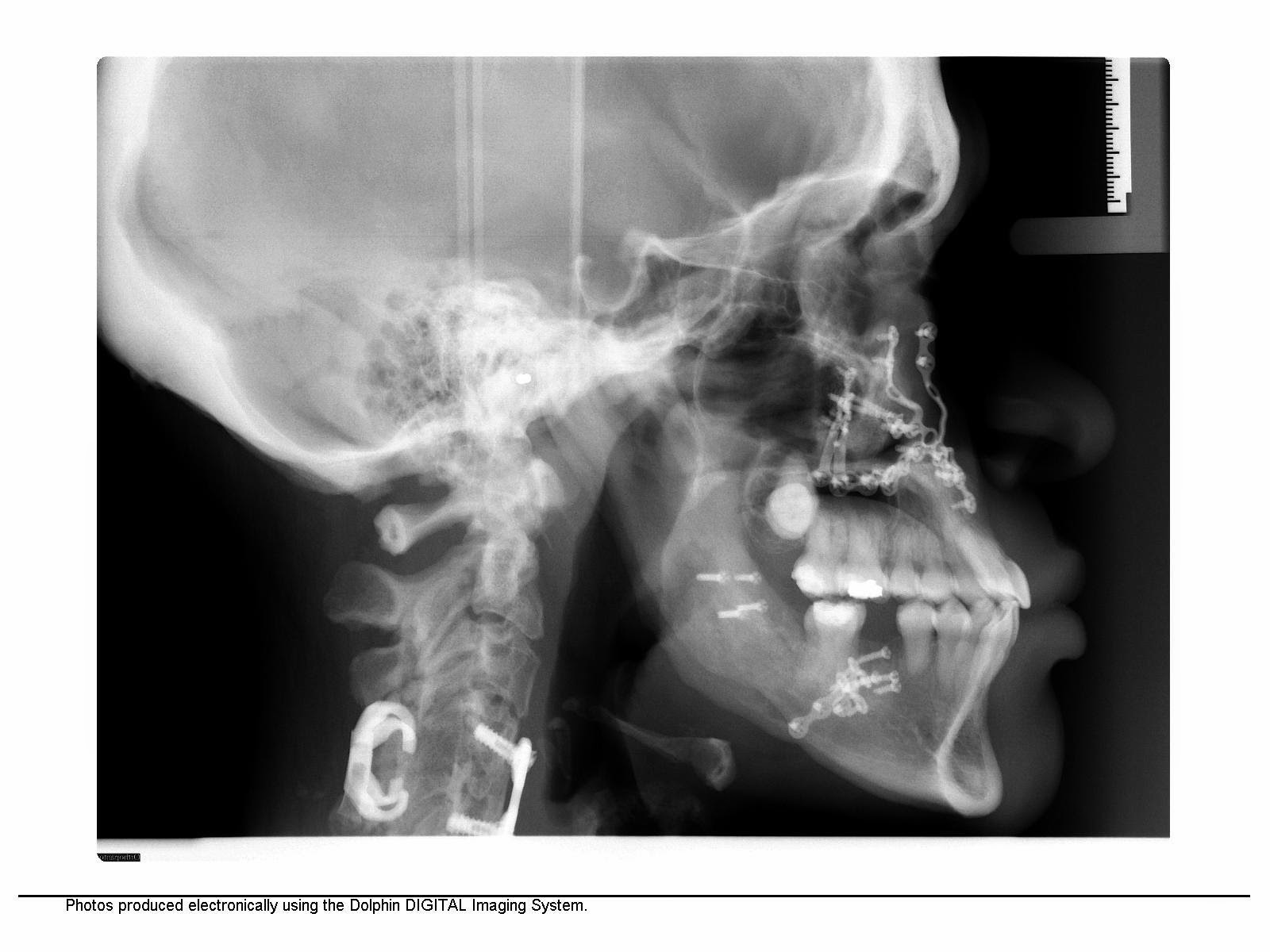 Blair R. Barnett, DDS, MS
Dr. Barnett is the owner orthodontist at Avery Orthodontics where he has practiced since 2007. He is also a part-time Clinical Associate Professor of Orthodontics at the UT Health Science Center in San Antonio.